I am investigating the Free Presbyterian Church in Northern Ireland as part of my background research into Post Conflict Northern Ireland. It is my aim to compile a short report over the next week weeks on the Church and its position in Northern Ireland Politics and culture. It is a secondary aim to avoid any biased religious based rhetoric regarding the Protestant-Catholic divide. I understand that scrutinising an evangelical protestant church may seem counterproductive to my assumed neutral position on post conflict NI but within my research I wish to demonstrate how the church in itself stokes sectarianism between both sides.

The Free Presbyterian Church (FPC) is a group of Bible-believing Protestants started by the late Ian Paisley. Their motto is “The Scriptures Only.” the church describes itself as fundamentalist, evangelical and separatist. The church is based in Northern Ireland, the place of its inauguration but has a number congregations around the UK as well as a smaller number in Canada, USA and Australia.

Originally an offshoot of the Presbyterian Church in Ireland some of its members where denied the chance to start a gospel mission lead by Preacher Ian Paisley and after a suspension broke away to start their own version of the Presbyterian church. The departing members cited the reason to leave was due to inconstancies within the church, the grounds of which had been used for dances and parties, acts which they had deemed fundamentally against the teachings of their Gospel.

The Free Presbyterian Church of Ulster was then formed, the congregation being joined then lead by the same Preacher at the centre of the original divide, Reverend Ian Paisley.

Ian Paisley remained as church moderator for 55 years until his appointment as First Minister of Northern Ireland, this appointment led to great controversy in the church as his agreement to share power with the Nationalist Martin McGuiness, an ex member of the IRA. This appointment was said to be at odds with the core beliefs of the church, that any ex terrorist should be in any place of government.

The position the FPC has in the present in an unusual one, although it is one of the smaller denominations in the Province, the power it has to sway political and cultural opinion is significant, especially in the countries biggest political party the DUP (Democratic Unionist Party)

The Belfast telegraph quoted ‘just under a third of DUP members (30.5%) are Free Presbyterians and slightly more (34.6%) are members of the Orange institution. To put these figures in context, the 2011 census recorded that there were 10,068 Free Presbyterians in Northern Ireland – just 0.6% of our total population.

The Church doctrine itself is controversial to put it mildly, they believe that The Scriptures alone are the supreme authority in matters of faith and practice. The commonly follow creationist and intelligent design

The FPC’s website states on its main page that it is staunchly against the Catholic practice of Mass and its members (including the late Ian Paisley) have previously accused the Pope of being the antichrist.

This archaic viewpoint, whilst typical of Evangelist teachings is concerning in what is supposedly a modern society. The church has recently become steeped in more controversy from

Rev Brian McClung wrote in an article on the FBC’s Independent school board that they are against the proliferation of integrated education. In reference to the church run Education for Mutual Understanding programme, he states that ‘The desire is to change children’s way of thinking and to have them reject any semblance of difference between Protestantism and Roman Catholicism.’ 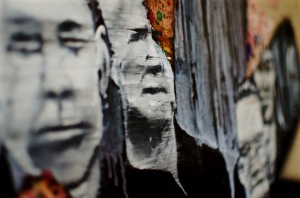 He also mentions a biblical quote likening Catholicism to a ‘wicked Babylonian society.

Beliefs like this encourage segregation and sectarianism, this way have thinking should have no place in a modern society. Whilst the church may not be directly in cahoots with the Government, the

relationship between the FPC and those in Government can be seen in Northern Irelands laws. Abortion is in effect illegal, any attempts to approach it have been met with aggressive opposition, gay marriage is illegal, even though public opinion strongly supports it with a recent Queens University poll showing that Protestant (45%) were in support of same-sex marriage while the majority of Catholics (66%) and those declaring no religion (74%) were in favour. This presents an enigma when you consider the Catholic churches stance on gay marriage.

Like most political parties, the DUP does not disclose its membership, but it is believed to number around 1,100 people.

Ian Paisley vowed to never set foot in the church again after being pressured to step down from his position of pastor.

Fire and Brimstone preacher eventually became repentant of his views, admitted in an interview with Eamonn Mallie that the stigmatisation of Catholics was unacceptable stating that ‘fair government that every man has the same power to vote for what he wants’

“Should concern everyone , law should be changed in pluralist society as we were all created with equal worth by God” Presbyterian Church